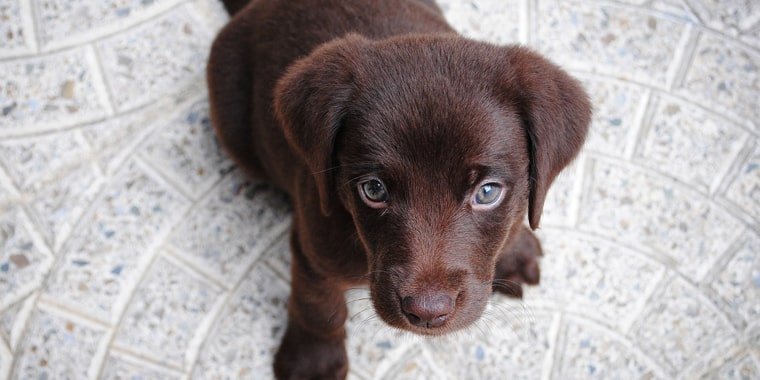 As a pet owner, one of the most challenging yet exciting parts of owning a puppy is seeing him or her grow healthily. Puppies undergo various stages and experience different milestones before they completely turn into an adult.

Puppies tend to be energetic, more playful, and very destructive (e.g. chewing slippers) but as they develop, they gradually let go of these habits mentioned until they transform into a full-fledged canine buddy.

Attitude-wise, they basically depend on how they witness their mama dog interact with other dogs and with people. In addition, pet owners can give simple training until certain words and actions are stored in a puppy’s memory.

With that, educating yourself about the stages of puppy development is important for you to know when you’ll be expecting certain timelines like puppy teething, physical growth, and so on.

Just like humans, dogs also carry their puppies in their womb for about 63 days before they give birth. It’s expected that puppies, once released from the womb, can’t see nor smell yet. At this point, they only depend on two other senses: hear and touch.

The puppy’s mother is still very much protective towards her puppies. There are mother dogs who trust their owners and allow them to touch their puppies while others become aggressive when someone goes near their pups.

On the third week, puppies start utilizing other senses such as their sense of sight and smell. This serves as a new experience for puppies, hence making them even more sensitive to their surroundings. The reason behind this gradual development is because of their brain not being fully developed yet due to shorter gestation period in contrast to other animals.

After developing the sense of hearing, puppies start to hear sounds, especially the bark of their mother. As an aftermath, they start following the sound — from cute little barks until they learn to make full-blown bark sound.

This is especially important for the dogs since barking serves as their way of communicating towards other dogs or to people.

Before they go running and walking randomly, puppies experience walking in a wobbly manner since they’re still trying to develop their physical movement. Normally, puppies start experimenting their ability to walk on their third week.

4. Playing with other puppies

Just as they finally learn how to walk straight, playing comes right after. As a way of interacting with other puppies, they tend to be playful and energetic. Sometimes, they also go after their owners and try to play with them.

During this time, they’re still not wary of their surroundings. They simply play with anyone who interacts with them.

5. The appearance of their teeth

Another physical development that occurs on the puppies’ third week is the gradual appearance of their teeth. They’re small and sharp but delicate.

6. Learning how to potty and pee

Including in the list of movements a puppy naturally learns is discovering the specific spots for them to release their bladder and dirt.

As young as three or four weeks old, puppies can already be trained to go to the appropriate spot for them to do such. This is to discipline your puppies when it comes to peeing and pooping.

Continuously training your puppies to find the ideal spot will eventually lead them to run onto the exact spot as they grow.

Puppies follow wherever their mother goes to drink milk, but introducing them to solid food around four weeks will help them be more independent on feeding themselves.

Given that a mama dog’s milk production slows down in around four weeks, you should start feeding your puppies with the best puppy food complete with the necessary nutrients for proper growth and development.

The development includes healthier and shinier fur, much energetic movement, and so on. Failing to nourish puppies with the right supplements will only make them look fragile as they grow.

A dog’s social development doesn’t only limit in its own kind. Growing up with humans, they tend to establish rapport in a different manner. Whenever they are with their owners, they let their guard down by being less aggressive and becoming more playful and sweet.

However, 3-4 weeks old puppies aren’t still capable of living on their own. They still need their mother’s presence since they’re still in the process of their overall development. Despite the restriction of separating the puppies from their mother, humans can start interacting with the puppies by being playful to them.

By the time puppies reach 7 weeks, vaccinations can finally be given in order to prevent them from acquiring certain viruses that can be harmful to their health.

It’s always the best to consult a vet about the most appropriate vaccinations to be administered to the puppies before their separation from their mother.

10. Ready to be separated from the pack

Eight weeks after their birth, puppies are now ready to meet their new home with their new owners. At this point, puppies are still fearful of the new environment they’re about to face, even though they’re already capable to be separated from their mother.

Encouraging puppies to feel more comfortable and relaxed by exuding positivity is helpful enough for them to readily fit into their new environment, so they won’t develop anxiety and the like.

Destruction of furniture or household items is an inevitable occurrence during this stage. Therefore, as a pet owner, you should provide toys for your puppies to prevent them from chewing on your things all the way. Make sure your important items aren’t within their reach.

Providing your puppies with the ideal toys for puppies will surely help them develop strong and healthy teeth.

Climbing their way up to maturity, the puppies between 6-8 months start moving beyond their boundaries and establishing dominance in the pack. This is also seen as the part in which pet owners should establish dominance towards their dogs.

Puppies between 12-18 months develop their emotional aspect while minimally demonstrating puppy traits such as chewing before 2 years old. At 18 months, however, puppies have finally established their physical and personality traits and have already well-adapted to their environment.

Puppies are capable of playing and feeling energetic as long as positive conditioning is in place. Therefore, it’s important to maintain your dog’s health by providing proper food and exercise.

Conclusion:
Seeing puppies grow from helpless, blind, and deaf mammals to energetic loyal ones is one of the most anticipated and challenging experiences for any pet owner.

Puppies need all the love and care they deserve from the moment get out of their mother’s womb, acquire small sharp teeth in their puppy teething stage, develop dominance until they reach their prime adult stage.

Taking Good Care of a Dog on a Budget: Tips to Follow