Good Dogs Co Updated: October 28, 2020 0 8
This article may contain affiliate links. When you purchase through links on our site, we may earn an affiliate commission. 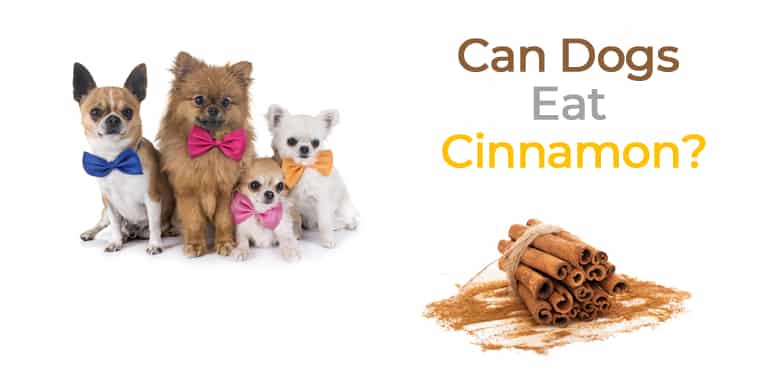 Your dog might be one of those that like helping in the kitchen, smelling the sweet scent, and looking at you like they haven’t eaten for some days. Even though Cinnamon cookies and cinnamon rolls are not the best to share with your dogs, some cinnamon-infused dog foods are not toxic to your dog.

You may be wondering, “Can dogs eat cinnamon?“ Well, cinnamon is not toxic to dogs unless given in large doses. Little cinnamon has health benefits in dogs, but you must learn how to implement it in your dog food.

Is cinnamon toxic to dogs?

Apart from having anti-inflammatory properties, cinnamon is also believed to be brain food. According to the pet poison helpline, cinnamon is an antioxidant that defends dogs and people from neurological disorders. Cinnamon is thought to help improve cognitive functions that affect the physical and mental health of dogs.

Can dogs eat cinnamon rolls? For cinnamon rolls, you only need to consider how much is too much for your dog. According to the Pet poison helpline, more than one teaspoon of cinnamon powder can cause fatal effects on pets, while essential oils can irritate even when given lower doses. Moreover, small breed dogs are sensitive to cinnamon compared to large breeds. Cinnamon is also thought to cause liver disease, vomiting, heart rate changes, low blood sugar, and diarrhea in dogs.

If your dog eats a large number of cinnamons, you don’t need to worry; instead, contact your veterinarian. Cinnamon is generally not poisonous to dogs, but the after-effects of too much cinnamon can be fatal to your dog. Your veterinarian will give you suggestions and instructions which will help your dog to recover.

A little cinnamon dosage, such as the one used to bake items, cannot hurt your dog. However, you are not supposed to feed your dog with baked goods. Foods thought to have a high percentage of calories, fats, and sugar can cause pancreatitis, obesity, and diabetes. Moreover, some baked foods may contain xylitol sweetener that is toxic to dogs.

If you decide to give your dog baked foods, only give it in little quantities and irregularly. However, ensure that the baked foods do not contain other harmful ingredients like almonds that can affect your dog’s health.

Cinnamon may not be toxic to dogs when taken in small quantities. However, Nutmeg is a common spice used in baking and can have adverse effects on dogs. Cinnamon is commonly used together with Nutmeg in various recipes. Nutmeg contains myristicin, which causes seizures, hallucinations, high blood pressure, dry mouth, abdominal pains, increased heart rate, and disorientation in dogs. Like cinnamon, dogs are affected by Nutmeg if taken in large quantities, and the symptoms may last up to 48 hours.

Cinnamon has various benefits that are yet to be proven. Those of us who enjoy cinnamon and take it in large amounts should not give it to dogs. If you want to give cinnamon to your dog, contact your veterinarian to provide you with a guideline concerning the amount to give, potential benefits, and potential risks.

In short, dogs can eat cinnamon in small quantities. To be on the safer side give your dog pet treats and foods and avoid giving it table scraps. Ensure that all your house guests and everyone attending the kitchen knows not to give your dog human food. Always keep an eye on fall foods that can be toxic to your dog.